The Sustainable Consumption Institute (SCI) celebrated a decade of existence with the launch of a new research agenda that will deepen and extend our thinking about the urgent socio-technical and political challenges of our time.

The SCI Festival, held in the Alliance Manchester Business School on 5 December 2019, was both a celebration of past achievement and a launch of new agenda for the coming decade.

The audience had the opportunity to hear from practitioners and policy makers working on the front lines of social change towards sustainability. Speakers were: Mahadi Hussein Sharif Mahamed (Manchester City Councillor for Moss Side); Magid Magid (Member of European Parliament and former Lord Mayor of Sheffield); Nissa Shahid (urban planner at the London-based Future Cities Catapult); Martine Postma (Dutch environmentalist and former journalist who pioneered the concept of Repair Cafés); and Corin Bell (leader of the GM Plastic Free Campaign and Founder-Director of the social enterprise Open Kitchen MCR).

Attended by over 150 people, the event combined active discussion of ideas as well as networking during the evening reception. Open Kitchen MCR provided the catering and attendees had a chance to sample products from other sustainable local businesses including Kindling Trust/Vegbox People, Beer Nouveau, Stitched Up, and Sodada Kambucha.

At the SCI Festival, Open Kitchen Manchester will provide the catering for our networking reception and have a stall with cake tasters and treats for all the registered participants.

Open Kitchen Manchester intercepts perfectly good food that would otherwise go to waste and transform it into incredible catering for conferences and events, meetings, special occasions and more!

The income generated from their catering funds their work with a number of fantastic local organisations who support people having a hard time.

Veg Box People is part of the family of enterprises incubated & supported by the Kindling Trust. It was started as a response to the impact of the current food industry on the environment, on our high streets, on small-scale farmers and ultimately ourselves as consumers.

The first organic box scheme was launched in the summer of 2015, in partnership with the University of Manchester.

Veg Box People connects Greater Manchester residents with some of the freshest most local organic produce around.

Delivering to community ‘hubs’ rather than individual homes saves on transport, means customers don’t have to wait in for delivery, and keeps the scheme really affordable.

Today, each week over 350 people from across Greater Manchester receive a bag of organic veg from 18 collection points.

At the SCI Festival, Beer Nouveau will be providing beer tasters to all registered participants.

Beer Nouveau specialise in historic and heritage beers, rebrewing recipes from as far back as ancient Egypt and viking times. They keep the heritage styles in wooden barrels for as long as they would have been when they were originally made.

They brew a lot of experimental beers, often with foraged ingredients, as well as being home to the Manchester Hop Project, who grow hops for us in people’s gardens and allotments in and around the city for our annual green hop beer.

At the SCI Festival, SODADA will have a stall with information about their products and will donate a taster bottle to all registered participants.

SODADA was born out of a desire to disrupt the sugary, sweetened and largely artificial soft drinks that are currently available on the market. They think people deserve so much better!

From humble beginnings at the local farmers' market, SODADA is a family run business that takes pride in brewing high quality, handcrafted, glass fermented Kombucha to over 40 stockists across the UK. 10% of the profit go to charity.

Kombucha is a fermented tea based drink that brings a host of benefits to the user. The Kombucha is brewed in the Peak District using organic fairtrade white tea and locally sourced rhubarb and elderflower.

At the SCI Festival, Stitched Up will have a stall with information about their ethos and activities, plus they will provide a sewing kit to all registered participants.

Stitched Up started in 2011, with the aim of encouraging individuality, pride and sustainability through fashion and style.

They are a grassroots collective that has grown from their passion for the environment, human-rights, style & creativity. Today they are a not-for-profit co-operative of three women.

With HQ in Chorlton, South Manchester has been their home since the beginning of 2014. It’s a space for crafters, makers and tinkerers, providing an alternative to the chain stores and empty shops of your average British high street.

They offer sewing and upcycling workshops, clothes swaps and sustainable fabric sales, as well as running educational events like talks and film screenings, including the Repair Cafe in Manchester.

They also bring our workshops and events to locations across Greater Manchester.

The programme was organised into six sections, with audience interaction and Q&A after each 30-minute section. Short video recordings are available to watch below.

Sherilyn MacGregor chairs a discussion with Alan Warde and Andrew McMeekin of the origins and contributions of SCI research to the field of sustainable consumption and production over the past decade. 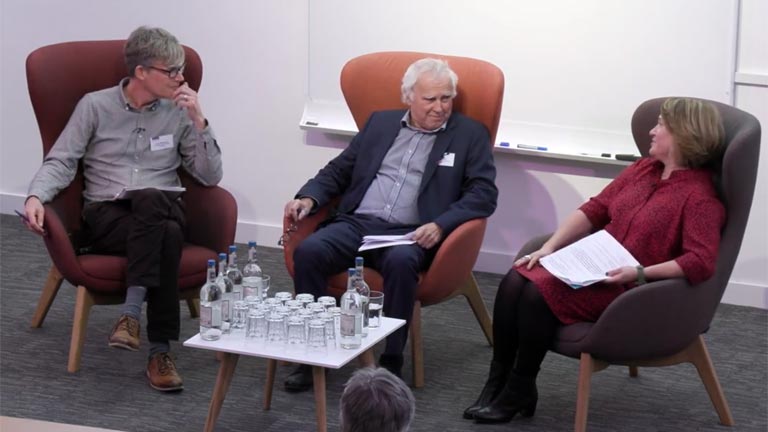 Social inequalities and the politics of sustainability

Sherilyn MacGregor explains the research being done in the SCI to challenge the exclusivity of sustainability agendas and chairs a discussion with two guest speakers, politicians: Magid Magid (Green MEP and former Lord Mayor of Sheffield) and Mahadi Sharif Mahamed (Labour Councillor for Moss Side, Manchester City Council) A key theme is how to get beyond the ‘whiteness of green’ and make sustainability a more inclusive and accessible concept. 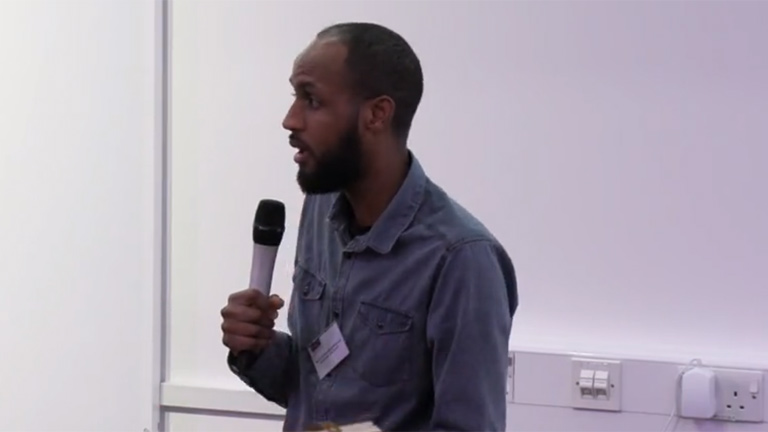 Mike Hodson gives an overview of the challenges of urban sustainability in the coming decades and asks a range of questions about visions, scales and priorities. Guest speaker Nissa Shahid, an urbanist working with Connected Places Catapult gives a presentation titled ‘Creating a 21st-century planning system: using technology and data for new patterns of sustainability’. 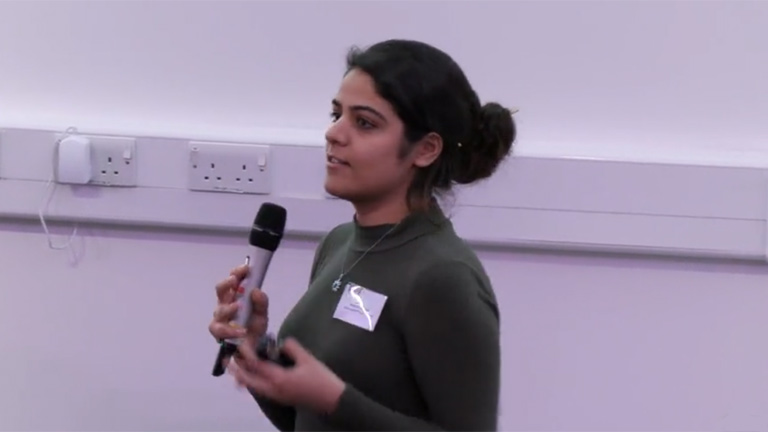 Mat Paterson introduces the key themes that animate the research being done by the SCI working group on collective action and social movements before introducing guest speaker Martine Postma, founder of the Repair Café International Foundation. Martine Postma gives a history of the repair café movement, highlighting its benefits to communities and successes in reducing the environmental impact of stuff. 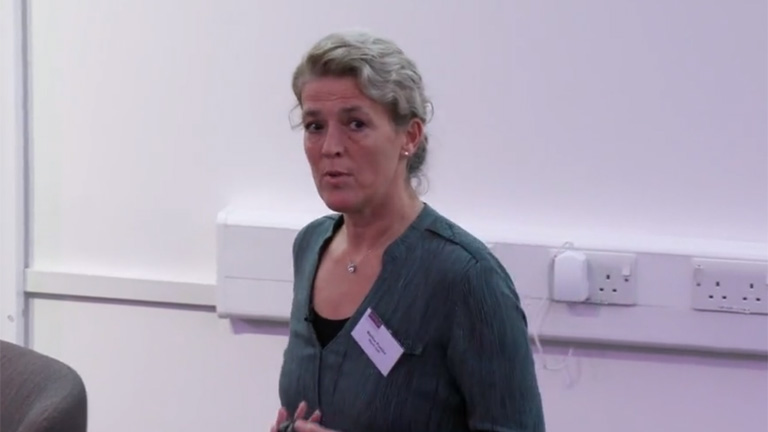 Helen Holmes explains the concept of circular economy (CE) and the various dimensions being studied by SCI CE working group members, including how grassroots enterprises and community groups encourage circular practices around re-use, repair and redistribution. Her talk leads nicely into a talk by guest speaker Corin Bell, founder of Open Kitchen Manchester, a social enterprise working to ‘feed bellies not bins’ and to transform the food system to reduce hunger and minimise waste, including single-use plastic. The topic of plastic is the focus of Mike Shaver’s talk ‘Putting the materials into materialising sustainability’. Drawing on the R3 Project at the University of Manchester, Mike Shaver discusses how materials scientists, manufacturing engineers and social scientists in the SCI are working together to tackle the challenges of reducing and rethinking plastic. 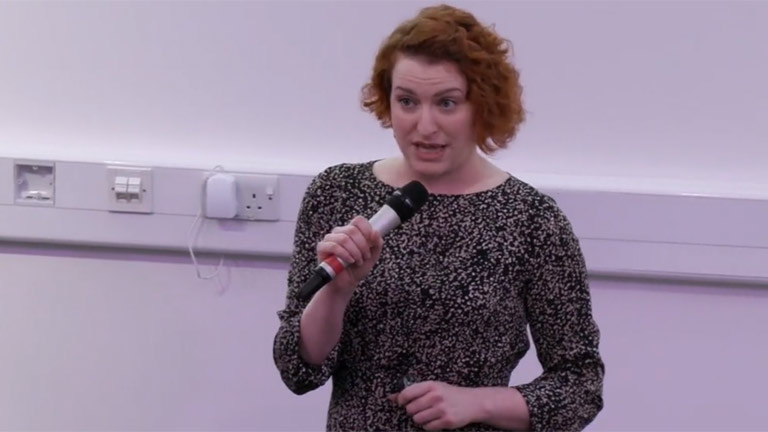 SCI Director Frank Boons reflects on the Festival and brings the event to a close. 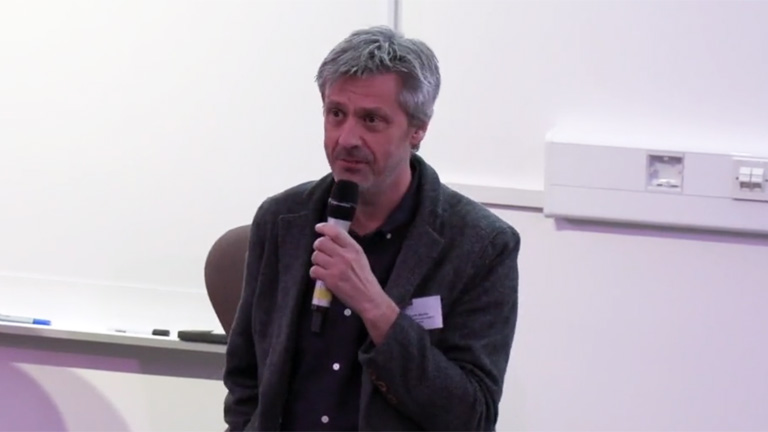